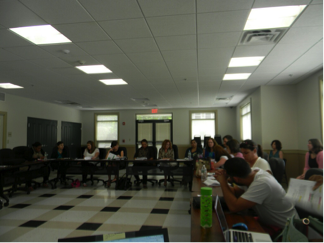 The Greater Hartford Coordinated Access Network, or the CAN is a total change in how homeless services are provided throughout the state of Connecticut.

In the past, households seeking a shelter would be on their own to both figure out where there are shelters, and call around until they found a bed for which they were eligible.  Now, through 211, one phone call can identify where there may be an open bed for a household in need.  In the past, housing programs for the homeless operated separate waitlists, and so the clients who were working with seasoned case managers and had fewer barriers were most likely to be enrolled in supportive housing programs.  Now, households with the highest barriers, who are the most vulnerable, and who truly need the most assistance are being identified by the community, and are being matched with the highest levels of support available.

The year has not been without growing pains, and the goals of working as a community have forced dozens of agencies to re-evaluate the way we think about providing homeless services.  This change has been hard, and it has taken a lot of time.  The agencies involved with the GH CAN have spent more than 120 hours in collaborative meetings planning our system, troubleshooting issues, and case conferencing to find housing solutions.

Part of Coordinated Access means that all homeless service providers are now asking the same intake questions, and collecting the same information from all households who come through the homeless services system, and giving us better data than ever before about the population we are serving.  Since last fall, more than 1,500 households have been assessed using common language, helping to provide a clearer picture than ever before about the homeless population in Connecticut.

Since March, more than 90 of the most vulnerable households in our region, many of whom have been homeless for many years, are in their own apartments.  Individuals who were well-known to dozens of regional shelter staff, but who had struggled to navigate a complex and confusing housing process are now connected to services, and have a stable place to call home each night.